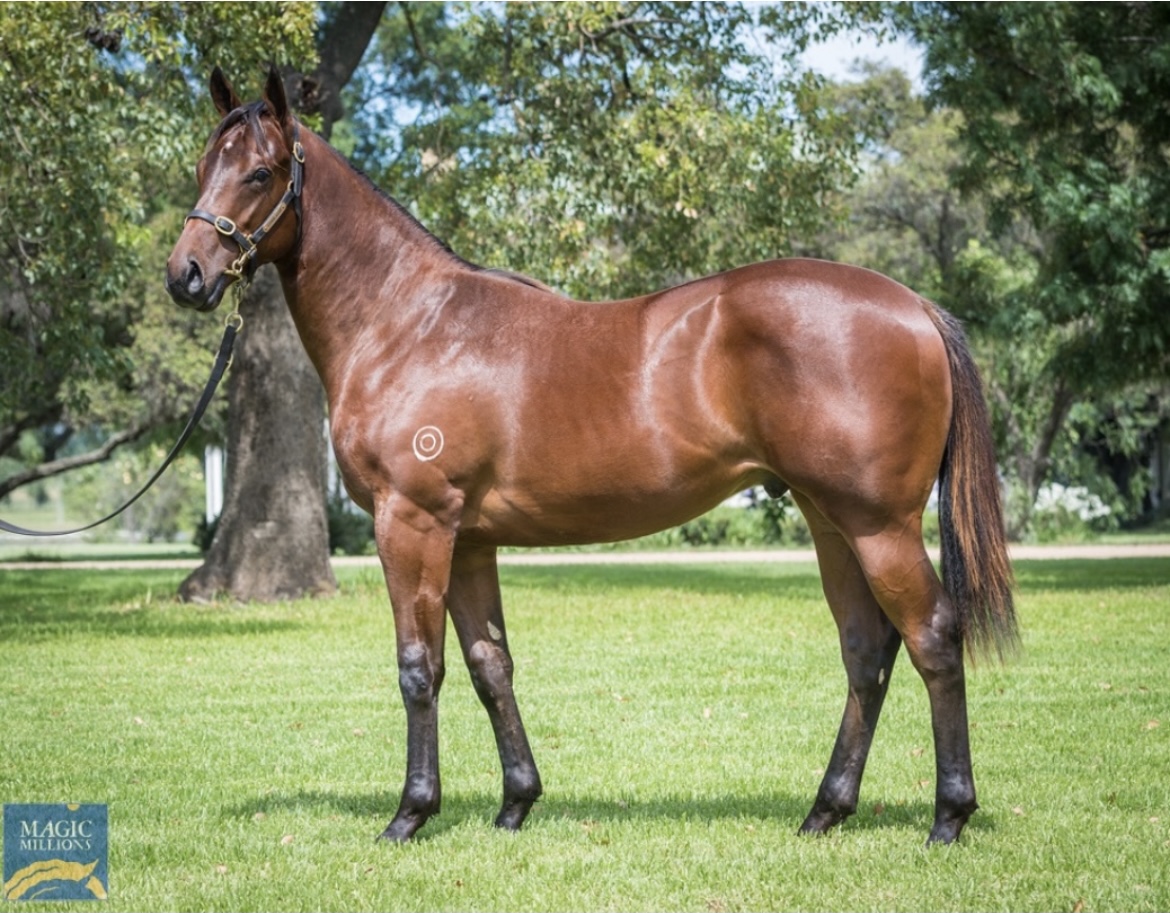 SPIETH
One of just two sons of the CHAMPION SIRE in THORN PARK to stand in Australia .. SPIETH … a genetic masterpiece, the heir apparent to his sire…
Possessing a scintillating turn of foot , the manner in which SPIETH defeated his rivals in the Listed ATC CITY TATTERSALLS (1000mtr) , when accounting for a quality field by 2 lengths , was simply something to behold..

Winning the listed sprint in a time QUICKER than DEEP FIELD, SPIETH went onto to finish within a lip of winning both the GROUP 1 VRC DARLEY CLASSIC (1200mtr) and the GROUP 1 LIGHTNING STAKES (1000mtr) ..

DAM… KISSAME MUCHO, by FASTNET ROCK is the half sister to LISTED WINNERS ESSINGTON and FRESPANOL .. Kissame Mucho has had to date 4 foal to race ALL WINNERS !!! .. This colts 2nd Dam .. BASAME MUCHO by Encosta De Lago was a stakes winner and also to date has 6 foals to race and ALL WINNERS !!! ..

** Very athletic
** Big strong and very well-muscled.
** Fluent smooth walk that it seems he just glides on top of the ground.
** Nice muscled hip and hindquarter.
** Great presence and fully focused.
A COLT that will be targeted towards the GOLDEN SLIPPER and the MAGIC MILLIONS races.

To be trained by multiply Group 1 winning trainer, MARK NEWNHAM